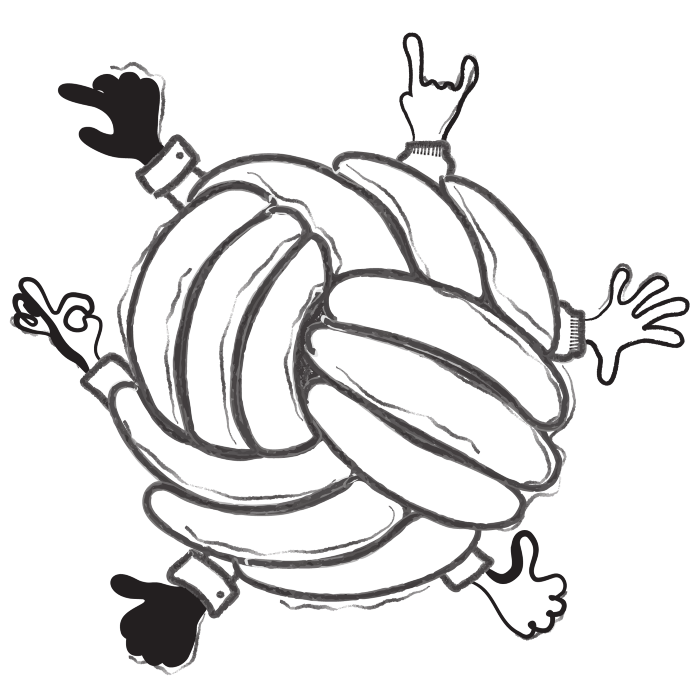 How often have you heard the following advice?

“You become the company you keep”

Seems like a very normal thing to say, you might think. Is this even necessary? You may also object, can’t we just live our lives with nice people we like spending time with? Is this just more self-development fluff?

Unfortunately, this actually seems to be good advice. Here’s my reasoning from a psychological standpoint on why such a thing is indeed necessary, and a key principle for executing it.

It’s deep in our human nature to imitate others. This is not only factual in the psychological literature, but one cannot deny its empirical existence.

Why do we imitate? As babies, we imitate to make sense of the physical world around us. I recently came across a fascinating study where an adult touched a light panel with his head to illuminate it, and some observing 18-month-olds performed this novel act even after a 1-week delay. Once we have passed this phase, we imitate for a few reasons. Firstly on the utilitarian side, imitation helps us bypass trial-and-error processes, to make learning much more efficient. Secondly on the social side, we imitate to be socially accepted. As they say, “monkey see, monkey do”. I’ll be focusing on the social aspect of imitation in this essay.

After all, isn’t imitation how we grow from children into adults? We fit ourselves into the mould of society and subjugate our childlike recklessness to the rules of society. The ‘adult’ then arises at the prime of our individuality, when the deviation of our personalities become too wide and our incentives are aligned towards originality rather than homogeneity.

To facilitate this, our brains (largely our reward processing systems) learn what to do and what not to do, choose which parts of our personalities to keep and which to shred, depending on the feedback and non-verbal feedback we receive from every single encounter with society. Much like the biological process of metamorphosis, where a cocoon develops and shreds parts of itself into something homogenous to be recognisable as a member of its new ‘society’.

You might be wondering if this almost-arbitrary imitation is a good or bad thing. My answer is this — our natural proclivity to imitate is necessary. We imitate to be socially accepted, and the importance of being socially accepted cannot be overstated. It means being able to relate to other people. It is out of social acceptance that transcendental social concepts like loyalty, respect and marriage can be produced.

According to a research paper published in Current Directions in Psychological Science, people who are socially rejected (feel isolated, lonely or excluded) have poorer physical and mental health. Moreover, the biggest monster lies within the destructive self-reinforcing loop it creates. They don’t sleep well, their immune systems sputter, they start to become depressed, and then they face even more exclusion as a result of symptoms of their disorder.

How do we know whether we are ‘socially accepted’ or not? This leads us to the measure known as the social hierarchy (aka dominance hierarchy). The social hierarchy is the societal standard by which we constantly measure ourselves subconsciously at every moment. We gravitate towards behaving in a specific manner and doing specific things that put us slightly higher up this hierarchy, in hopes that society will render us socially acceptable. Even better, they might think highly of us. We might attract more desirable mates.

Side note: This is where I think maxims along the lines of “don’t care about what others think, just be yourself” don’t make any sense. We compare ourselves everyday, by nature — whether it came about from our primitive psychology or simply a basic human desire for love and acceptance. It would be sheer naivety to ignore the existence of this social standard. A better statement might be: “You are designed to care about what others think. However, what is a good standard to compare yourself to? How can you optimise it so that you are set up for your north star?”

The problem is, we simply cannot possess an objective measure of where we stand in relation to the standards of 8 billion people. We have limited perception in a materially overwhelming world. So, as us humans are so adept at doing, we make inferences. We judge the book by its cover.

You might have 500, 1000, 2000 friends on Facebook. Dunbar’s number suggests the limit of stable social relationships you can maintain is actually just 150.

These 150 people make up your idea of ‘society’. They are your sample of the population. With these people, you conjure up your perception of society and exercise your hidden power to measure yourself. Whether you know it or not, you practically take in all kinds of feedback. Someone’s reaction when you tell a joke. The number of likes you get on your Instagram post. How you perceive you are treated in group settings.

Using this feedback, you subconsciously rank yourself on a social hierarchy. You tell yourself not to tell that same joke again, not to post that kind of post again, and that you are either respected, or playing second or third fiddle, or excluded (not socially accepted). Eventually, you start to have the same goals as them. You start to become like them. They start to become like you.

How to choose your society wisely

In response to your cognitive calculations, you make subconscious adjustments. Ideally, you would make adjustments for the better, instead of for the worst. How will you know when you adjust for better or for worse? Unfortunately that is extremely difficult to tell. The adjustments we make are often unbeknownst to us, hidden deep within. What you can do however, is be intentional with your ‘society’ — to position yourself to adjust for the better.

How? Here’s the key principle: Choose people where your desired behaviour is the norm.

“Join a group where the desired behaviour is the normal behaviour.”

A very common question posed in keynotes, panels and Q&As is something along the lines of this: “Tell us what advice you’d give to your younger self (or [demographic of the not-as-successful audience])”. Most of the time, you’ll hear the same type of answers. Perhaps something along the lines of these: “be authentic to yourself”, “work hard and work smart”, “think bigger”. Other than the problem of survivorship bias, I believe this is only half the picture. The other (and arguably more important) half is, you need to position yourself where the subject matter of the advice is the norm.

It’s very difficult for one to simply be authentic, work hard, or think bigger as a self-inspired, valiant lone ranger. I can’t speak for the successful but I think it’s logical to think that part of the picture is that they were in some ways optimised for it.

It is known that a major indicator of your core competency is when it is easier for you to do something than for other people. Most of the time, people ease into “being authentic”, into “working hard”, into “thinking bigger” over several steps. It’s never the outcome of a flip of a switch, as much as we’d like to think it to be (why else would motivational speakers be so popular?). It’s about making something easier to do for yourself than it might be for other people. In order to do this, you should immerse yourself into a community where the desired behaviour is the norm, knowing that you will inadvertently measure yourself up to it and mirror it.

Position yourself where it’s the norm to be authentic, or to work hard, or to be well-connected. This is how you can effectively manipulate your psychological inference of the norm — by intentionally indulging in the right social spheres. Make your desired change just a matter of imitation.

“The best you can be is a perfect imitation of those who came before you.”

Not only that, having a few peers this way will compound to an even larger group of like-minded peers over time. This is because people tend to associate with those who are similar to themselves.

Even for the less sociable, it’s not impossible to indulge in the right social spheres. What do your digital ‘societies’ look like? Here’s another piece of wisdom from @jamesclear: “When you choose who to follow on Twitter, you are choosing your future thoughts.” Needless to say, this applies to every other social platform. Technology has enabled such that there are digital communities for just about anything.

So choose your society wisely. Choose your friends wisely. Find communities where your desired behaviour is the norm and immerse yourself into it. There is no mistake in the old adage that “you become the company you keep.” To conclude, here is a brilliant quote from Albert Camus (The Fall):

“This is so true that we rarely confide in those who are better than we. Rather, we are more inclined to flee their society. Most often, on the other hand, we confess to those who are like us and who share our weaknesses. Hence we don’t want to improve ourselves or be bettered, for we should first have to be judged in default. We merely wish to be pitied and encouraged in the course we have chosen. In short, we should like, at the same time, to cease being guilty and yet not to make the effort of cleansing ourselves. Not enough cynicism and not enough virtue. We lack the energy of evil as well as the energy of good.”

Thanks to Eugene Goh and Charissa Leong for reading drafts of this.

This was also posted on my personal website, which you can explore here. In it, you’ll find a few archived lines and material I decided to exclude from the finished essay.