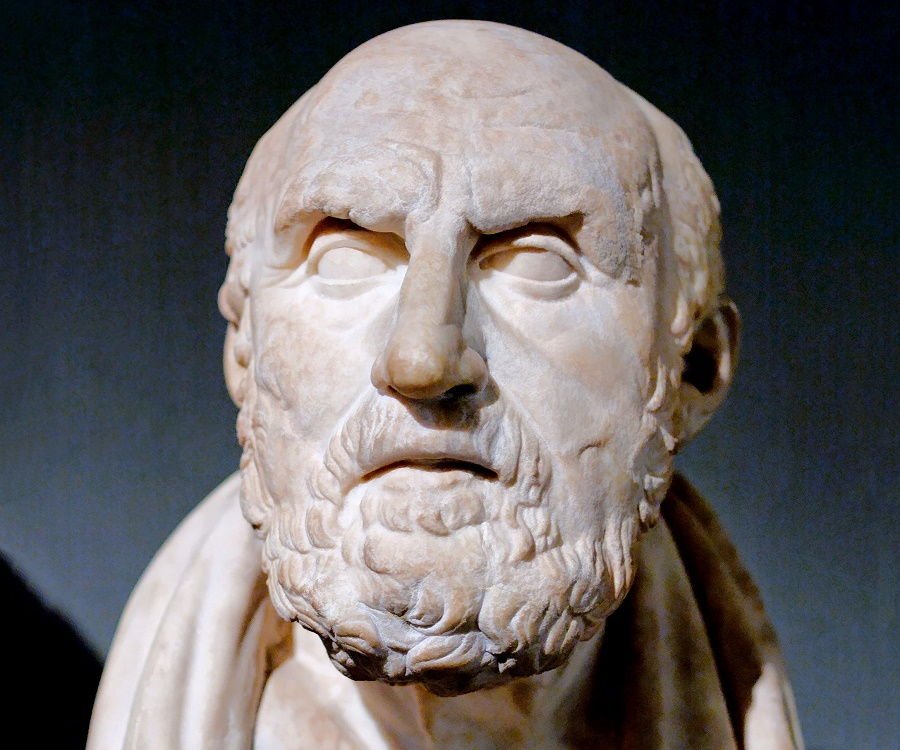 “If Chrysippus had not existed, neither would the Stoa.”

This became a popular catchphrase of the Stoics. The Stoics viewed Chrysippus as a central figure in helping to establish the core doctrines and principles of Stoicism. Chrysippus is often hailed as the “second founder of Stoicism.”

The Stoics who we often think of as central to the tradition, such as Marcus Aurelius, Seneca, and Epictetus (known as the big three of Stoicism) , considered Chrysippus as one of the most important figures within Stoicism. So I think it is due time that we give Chrysippus the recognition that he deserves.

Chrysippus was born in Soli, modern day Mersin, Turkey, and lived from 280–207 BCE. Before studying under Cleanthes, Chrysippus trained as a long-distance runner. Not much else is well known of his personal life.

He was the third head of the Stoic school and wrote voluminously on a wide range of philosophical subjects. It is reported that he wrote more than 700 books during his time! The accuracy of this number is often questioned, however, as we don’t have a single book of his in its entirety. Instead, we have just over 400 fragments from his original works.

Chrysippus developed an empirical theory of epistemology and a metaphysical theory. He wrote on free will and determinism and produced what might be considered the first theory of compatibilism, which seeks to reconcile a deterministic cosmos with the idea of human free will.

He believed that happiness and living virtuously are tied to one another. For Chrysippus, wisdom and virtue are essentially the same thing. He taught that it was through the study of natural philosophy that we are likely to gain wisdom and thus become virtuous and happy.

As though all of this wasn’t enough, he also developed a theory of logic, known as propositional logic. This differed from the logic of Aristotle and Chrysippus was the first philosopher to formalize this type of logic.

Chrysippus was clearly an all-star in philosophy…

He developed a metaphysical theory known as materialism, which was in direct contrast with Plato’s ideas. Essentially, a materialist believes that everything that exists is matter in motion.

His metaphysical theory includes the concept of God, which may seem strange in a materialist worldview. Unlike the traditional western notions of God,. Chrysippus thought of God as the universe or nature itself. Thus, the universe, for Chrysippus and many other Stoics, is determined through the laws of nature (i.e. God).

With this mindset the universe is deterministic and follows a pattern of cause and effect. Chrysippus, however, argued that future events are not , only . By fate he meant an ongoing natural order of things where one series of events is followed by another.

It seems natural, following this line of thinking, to conclude that we have no free will. After all, if everything is fated or determined by the laws of nature or God, how do we maintain any ability to act freely in the world? Wouldn’t we simply act and think in such a way that was determined or fated by previous events?

Chrysippus tried to save free will, but nonetheless many philosophers believed he failed. A single passage, which is sometimes attributed to Chrysippus and other times to his teacher Cleanthes, is one of the few pieces of writing left behind which attempts to justify free will within a deterministic framework.

In this thought experiment, the dog wants to follow the cart, but even if he didn’t want to, he follow the cart. He has no choice in the matter because he is tethered to the moving cart. There may be an illusion of being free in this example, but let us not mistake an illusion for the real thing.

Okay, so the Stoics might not have been the best meta-physicians… but that’s okay, because Stoicism is more about ethics, virtue, and living well, right?

The Stoics believed that happiness was the end goal of life, and that virtue would lead us to this end goal. Chrysippus also taught that vice leads to unhappiness.

So, if virtue and happiness are intertwined, what exactly is virtue?

For Chrysippus, to live virtuously and thus happily is “to live in accordance with one’s experience of the things which come about by nature.”

This has often been interpreted to mean that one must live in accordance with their particular type of nature. We are human beings and as such we have the unique ability to reason — this is part of our nature.

Thus, in order to live virtuously, one must live in accordance with reason, which begets wisdom, and happily ever after we all shall live.

Chrysippus fleshed out the Stoic tradition through his elaborate writings, which he passed on to his successors. Without Chrysippus, it is likely that we wouldn’t have the timeless wisdom of the later Stoics, which include the likes of Marcus Aurelius.

The importance of Chrysippus can hardly be overstated, and this importance extends not just to the Stoics, but to western philosophy in general.

So, what do you think… Does Chrysippus deserve a spot among the big three?