Don’t try to change the world until you do this 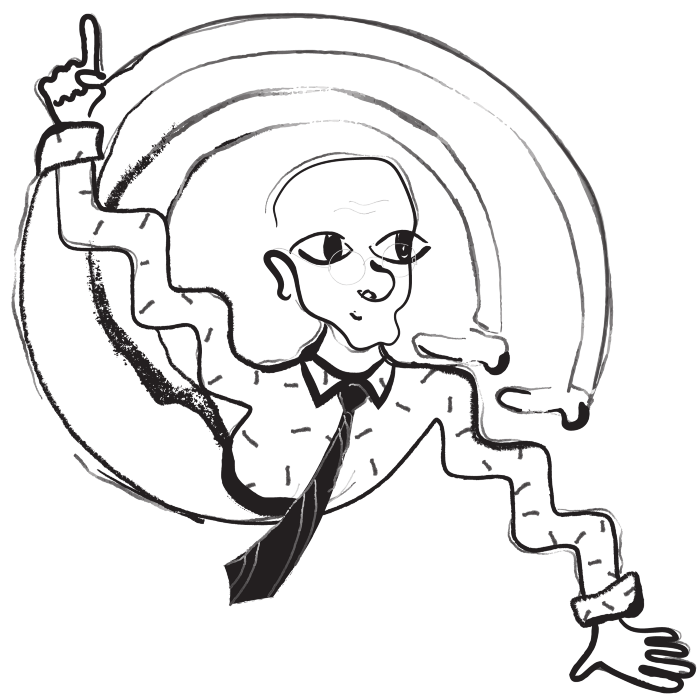 Throughout the history of humankind, it hasn’t been uncommon to see humans supporting each other in heinous acts. Some of us supported slavery. Some of us supported the Nazis. One might say that our predecessors were relatively uneducated, and that we’ve now learnt from the mistakes we’ve made. Unfortunately, it’s not that simple.

What would your position on slavery have been if it were still a norm today? You may believe you’d have bravely spoken out and worked tirelessly against it. Robert P. George posed this exact question to his students at Princeton and their response was just that. Yet, how can you be so sure? Was there a single instance where you have supported an unpopular cause at great personal cost? If you haven’t , the probability scales overwhelmingly tip to you supporting the slave system and happily benefitting from it. This is the unfortunate reality.

Now, I don’t intend to encourage people to call out what seems to be wrong today. Quite the opposite, my intention is to demonstrate that we have once been wrong, and certainly we can be wrong again. Here’s how Paul Graham put it in his essay Orthodox Privilege. “At every point in history, there were true things that would get you in terrible trouble to say. Is ours the first where this isn’t so? What an amazing coincidence that would be.”

Our time presents another set of issues. For instance, many people believe equity to be justice; many others believe it to be a form of discrimination. By the same token, many people believe abortion to be the moral right of a mother; many others believe it to be the robbery of a child’s potential. (There are a gazillion other examples, and this was written in no particular order)

In issues like these, most people are quick to take sides. The problem is, our human capacity for knowledge is limited. How can we say that what we believe to be true is indeed, true? Are these truths we support and fight for going to make the world better? What if our impact turns out to be harmful in proportion to our ignorance?

It is difficult to tell straight up what truths will produce an outcome that’s best for humanity. Not without reviewing the consequences of our actions in hindsight. Even discussions and debates among our best thinkers have proven fruitless in the current scheme of things. But the one thing we can all do, is to each reduce the probability being wrong ourselves. To achieve that, we must orient ourselves to seek the truth. Here’s how:

1. Before you take on the world, educate yourself

You should seek the truth by attempting to learn and understand in an objective manner. Now of course, we can’t be truly 100% objective. We are after all human beings seeing from our highly subjective, narrow lens of experience and perception. But the carefully-pruned, honest truths of an independent mind are about as close as we can get to the reality of what is good. In other words, our truths can be closer to an objective good by educating ourselves.

While educating yourself, you must be aware of your cognitive biases. Here’s one that’s commonly at play. Our ingroup bias wires us to excessively support our group and oppose the other. Think, football fans who detest fans of the opposing team and are willing to go to great lengths to demonstrate it. Are your truths simply the mouthpiece of your ideological group? Are you a conformist who cannot think for him/herself and panders to groupthink?

Unfortunately, many people fit this bill. They see every issue through the lens of groups. You can only either be “an x-ist or a y-ist”, and one of them deserves to be erased from existence. I can’t help but think they are responsible for a lot of the trouble in the world. You can avoid this state of being by choosing to educate yourself.

2. Be willing to have your truths proven wrong

This is the single most important step. Be open to hearing out the perspectives of others, and critically weigh your own truths.

The key: Your truths must be your own. If every truth coming out of your mouth mirrors one ideological group, there’s a good chance you are terribly one-sided in your viewpoint. Do not be a conformist. There’s two simple reasons why we must do this: One, our knowledge is severely limited. Two, good intention isn’t enough. Bad things can (and have) come from it.

How to exercise honest truth-seeking:

According to John Stuart Mill,

“He who knows only his own side of the case knows little of that. His reasons may be good, and no one may have been able to refute them. But if he is equally unable to refute the reasons on the opposite side, if he does not so much know what they are, he has no ground for preferring either opinion.”

If that doesn’t convince you to be open-minded, this might. Being able to hold two opposing truths at once is an indicator of your intelligence. According to Scott Fitzgerald, “the test of a first-rate intelligence is the ability to hold two opposed ideas in mind at the same time and still retain the ability to function.” So the next time you hear an opposing truth, consider it open-mindedly as though it might be the case. Open-mindedness is a test of intelligence. And you need intelligence to be able to know the truth.

3. Articulate your truths as carefully as possible

Your spoken word has an understated impact on the people around you and the world at large, so use it wisely. Only with carefully-formed truths, should change be fought for. Only then, can you determine with true conviction that your impact on this world might be beneficial in proportion to your knowledge of the consequences it will bring about.

Jordan Peterson outlines how to carefully articulate your truths in detail, in his lecture ‘My Message to Millennials: How to Change the World — Properly’ (which I can hardly recommend watching more).

The consequence of collective truth-seeking that we must allow

Earlier, I wrote that it’s very difficult to identify what truths are effective without reviewing its consequences in hindsight.

However in my view, one thing is for sure: we must retain our ability to seek the truth. Truth-seeking requires the freedom to ask honest questions and give honest answers. And as a consequence of honesty, some mistakes are bound to be made. You might call them wrong answers, or bad ideas. We need to preserve this freedom at all costs.

The moment any question or answer is outlawed and the access to truth is gated by those in power, society is in danger. A consequence of collective truth-seeking is, the necessary existence of bad ideas. Paul Graham articulates in his essay, The Four Quadrants of Conformism, how and why the lack of truth-seeking can contribute to the destabilisation of society.

This is why the ability to discuss not only good ideas, but also “bad” ones, is crucial to the long-term viability of society. The recent, mildly controversial Letter on Justice and Open Debate signed by several public figures touches on this: “The way to defeat bad ideas is by exposure, argument, and persuasion, not by trying to silence or wish them away.”

We must ask honest questions and allow honest answers. After all, who are we to decide what is right and wrong for humanity? Since when did humans take the place of God and raise our perspectives to the level of absolutes? At some point in history, we would have very likely supported slavery — we are bound to be wrong again. And certainly drastically more so, if we choose to not educate ourselves, pander to groupthink, and while we’re at it, silence the rational truths of others in favour of our own.

Robert P. George and Cornel West put it this way in their beautifully-written essay ‘To unite the country, we need honesty and courage’.

“We need the honesty and courage to consider with an open mind and heart points of view that challenge our beliefs — even our deepest, most cherished identity-forming beliefs. We need the intellectual humility to recognize our own fallibility — and that, too, requires honesty and courage.”

So, before you try to change the world, choose to seek the truth first. And when you do, be very careful with the causes you fight for and the truths you articulate. If you don’t do this, God only knows you might be placing the world on the trajectory of irreversible chaos. And may just be wrong — just like we were about slavery.

Thanks to Jacob Szep and Eugene Goh for reading drafts of this.

This was also posted on my personal website, which you can explore here. In it, you’ll find a few archived lines I decided to exclude from the finished essay.