The Future of Community is Private Cities 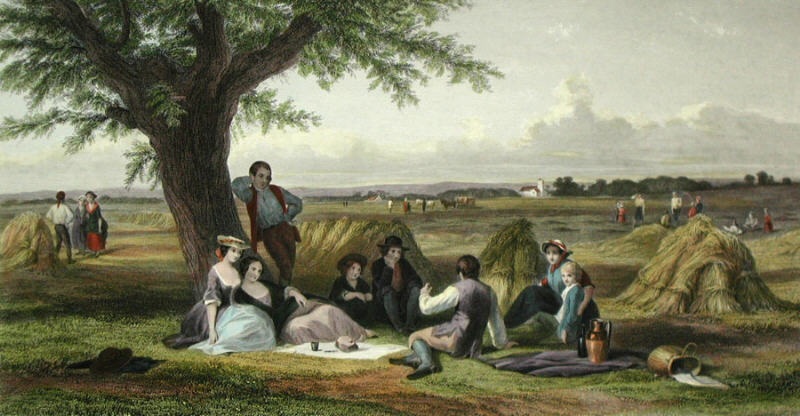 The next evolution of community and how humans interact will revolve around physical spaces. Here’s why.

What is happening right now?

The pandemic brought about many changes, most notably in accelerating the future of work. Roughly 2 of 10 people work independently of physical offices, which makes up 36.2 million in the US alone (according to Upwork). This isn’t temporary, almost 3 out of 4 companies (74%) plan to permanently shift employees to remote work after the pandemic ends (Gartner). As expected, Big Tech is leading the way. The same has gone for the future of education (The Age). Forgive me for starting this off sounding like a boring university student.

While working and studying remotely has its perks, we have now also experienced in full the drawback of remote life. That is, we feel deprived of physical connection. We dread the predictability of life at home. We feel the loss of opportunities for social serendipity — the unplanned moments of social interaction that bring unexpected value, both personally and professionally. I didn’t think we need a study to prove this, as empirical evidence should do.

This isn’t going to change anytime soon. I can’t foresee corporations re-enforcing the physical office for the sake of re-fostering this lost physical connection. It would feel like returning from the future of work back to ancient ruins. It seems more likely that cloud offices are here to stay, and that it is up to the individuals, not the corporations, to adapt. Post-pandemic life had plenty of immediate implications in the future of work and education, and this will inevitably produce a second-order consequence on our communities and how we interact.

As of writing, this is how it’s like. We have Zoom for remote conversations. We have Messenger, Whatsapp to keep us in constant communication. We use Instagram, Twitter to feel kept up with others’ latest and greatest. That’s about it. These are products worth billions of dollars and drive the behaviour of billions of users, but we all know its shortcomings glaringly well. Fully reliant on them, we have zero opportunity for social serendipity (Zoom), we are devoid of the feeling of being in the physical presence of others (messaging), we suffer from attention-overloading content with a measly signal-to-noise ratio (social networking). Technology as it is currently is nowhere close to reproducing the magic of face-to-face.

Hypothesis #1: Our communities will determine where we live

Historically, our choice of housing was constrained by work and school. We chose where we would live, and our communities came after — our interest groups, our sports socials, our places of worship. Gone remote, people no longer have that constraint. What if we chose our communities, and where we live came after? Now, we can. Here is what I think the evolution of social interaction will look like:

🌐 2010 – 2020: Community 2.0 was the popularisation of social platforms — socialising digitalised and scaled exponentially. Social platforms created immense value and solved many problems, such as the lack of information (keeping up with social circles) and the lack of reach (staying in touch with social circles). Now, we have too much information, and too much reach. There are also plenty of second-order effects to social networking, such as allowing for larger social circles, and perhaps an increase in superficial relationships (given digital interaction also replaced much physical interaction).

🏘 2020 – 2030: Community 3.0 will see the next iteration of community-building back in the physical. As it is currently, what technology offers in the realm of human interaction is no match for face-to-face. As previous constraints for places of living has diminished and the shortcomings of going remote are getting increasingly glaring, people will naturally start optimising for interaction in-person, perhaps more centred around the Dunbar number. Co-living spaces will be the first to prop up and take full advantage of this. With the great physical untethering of physical life from work and study, they should be well-positioned to. They offer the promise of intimate connection with other vetted individuals whose company you are likely to enjoy. Productised IRL serendipity! People prefer curated spaces because it saves them time and lots of energy. People will pay to get into a catered room (see: Startmate, On Deck).

Life together will represent the evolution of how people and companies build communities (what is now still mostly in Community 2.0). The best communities, those with shared values and who benefit from collaboration, will give much more consideration to working more closely together. Think founders, intellectuals, creatives (see: Launch House, Soho House). This makes sense for the success of communities as a whole. Bringing people together physically is the foundation of any great network. People know, learn from and become friends with each other (and maybe even get married).

The popularisation of co-living spaces will be the first iteration of Community 3.0. In its essence, our locations will reflect who we are. ‘Live with people like you.’ This tagline or variations of this will become commonplace.

The first iteration of Community 3.0, co-living spaces, appeals only to a specific demographic. The young and unmarried, ambitious, high in extraversion and openness to experience. Co-living spaces are also often a temporary arrangement, and co-dwellers tend to desire a level of permanence. These represent the early adopters of Community 3.0.

Over time, private companies will build to optimise for more people of shared values to be concentrated in the same vicinities, and specialised institutions will start to form around them. Societies within a society! Cities offer the level of permanence that co-living spaces do not. Cities appeal to demographics beyond that of co-living spaces. Cities offer the full physical culmination of a community — a rich sense of shared values, co-creation and shared identity.

Silicon Valley is an example of an early Community 3.0 city playing out at scale. In its early days in the 1960 and 70s, pioneering microelectronics firms began transforming the region into a high-tech hotspot.

In a 1983 Esquire article on Intel founder Robert Noyce, Tom Wolfe wrote that “Every year there was some place, the Wagon Wheel, Chez Yvonne, Rickey’s, the Roundhouse, where members of this esoteric fraternity, the young men and women of the semiconductor industry, would head after work to have a drink and gossip and brag and trade war stories about phase jitters, phantom circuits, bubble memories” and other mysteries of the trade. The same concept held true for the sales and marketing guys, who had their own hangouts.

— Lemelson Center for the Study of Invention and Innovation

It was the bringing together or fraternisation of people of shared values and practices that eventually created the unicorn-birthing machine Silicon Valley evolved into. It proves the importance of a physical ecosystem. Easy exchange of ideas is a significant driver of a community’s success. It pays off for the community, but also civilisation as a whole, to have smart people work together in the same place.

There are already some new developments happening on other fronts that more or less serve a specific demographic. For example, Culdesac is a car-free neighbourhood. While not exactly “community-first”, a car-free neighbourhood doesn’t cater to everyone. Perhaps, it caters to creative types who might consider it an opportunity to perceive civilisation in a different light. Perhaps, to those generally high in openness to experience, offering a novel opportunity to experience an element of history. Accelerated by post-pandemic effects, I think we will witness increasingly the creation and adoption of specialised physical communities, starting with the popularisation of co-living spaces and of the idea of private cities and microcities. Eventually, private cities will be the final form of Community 3.0 — the next iteration of how humans interact.

… Until the metaverse catches up with our physical world. When the metaverse offers up a richer experience than what we have in the physical world (and it likely will at some point). Perhaps, Community 4.0 will exist fully in the metaverse, returning the pendulum. New generations are already being brought up deeper and deeper in the rabbit hole of the metaverse (see: Roblox, Fortnite). An intriguing question would be — what will be the shortcomings of Community 3.0 that will bring about the next iteration of how we interact?

The key is that we have already done the hard part: build a community of the most ambitious people. By making our programs, education and cultural systems physical, we give a reason for thousands of people to move to a startup city. And if thousands of talented people are there, thousands more will follow.

This essay was originally published on Euwyn‘s Blog.